Remembering as a Family

Remembering as a Family

For the Meridionales, the best parts of being a big Italian family are the laughs, the stories and most importantly, the bond. The family has a bond that has never wavered, even after losing the woman who gave life to it all, Carol Meridionale, beloved wife, mother and grandmother.

When Carol, who was a loving and dignified woman, began to lose her short-term memory, she and her husband, John, thought little of it. Unfortunately, a few short months later, Carol was diagnosed with dementia in her early 70s, a disease she had watched her mother suffer from. Carol’s dementia, caused by vascular and circulatory issues, progressed quickly.

John vowed to take on the role of primary caregiver and dedicated every moment to Carol, his wife of more than 50 years. He bathed her, walked with her, cooked for her and emotionally supported her for years. As time went on, while Carol and John’s daughter, Theresa, found her dad’s dedication touching, she and her siblings knew he needed help.

Theresa, a nurse manager at Masonic Village, was familiar with Masonic Village Hospice and suggested it to her mother, who could still express her wishes at the time. Theresa was unsure what her mother’s response would be, but was surprised to learn her mother knew it was time for hospice.

“I think she did it for my dad,” Theresa said. “He was the love of her life, and she didn’t want to see the stress on him.”

Carol, who began struggling to construct sentences, said two words to her children and husband before entering into hospice care, “love” and “family.”

Masonic Village Hospice welcomed Carol and the rest of the Meridionale family with open arms. They removed the pressure from John and allowed him to be just a husband.

“I felt better knowing she was in more capable hands,” John says. “As soon as the staff came in to meet her, she was all smiles and hugs. They loved her, respected her and were devoted to her.”

Theresa, whose coworkers were now caring for her mother, was grateful in her own way. “Everyone surrounded me with love,” she said. “The Masonic Village mission was so alive during that time.”

Loving her mother as much as she did, it was hard for Theresa, a trained medical professional, to make the decisions she would normally not think twice about. “Hospice was patient with me,” she said. “They educated me and guided me because they know it’s different when you’re on the other side of the coin.”

In her final weeks, Carol was constantly surrounded by family, including her grandchildren, who had special memories of their grandma reading them children’s books at every family event while they gathered around the couch. One of the books, Watch Out for the Chicken Feet in Your Soup, portrayed a matriarchal Italian grandmother who always cooked for and spoiled her grandchildren. The book is one of their favorites, as it reminds them to this day of their own grandma and the old house she loved to fill with her family.

Each of her eight grandchildren came with a children’s book to read for Carol as her journey ended.

“We all coped in our own way,” Theresa recalls. “For example, my sister always wanted to do something for mom, so hospice educated her and allowed her to do things for her right until the very end.”

By the end of her life, Carol had forgotten how to speak, walk and care for herself. Daily tasks as simple as eating ice cream, her favorite food, took hours. With help from hospice, Theresa and the rest of Carol’s daughters made the best of the situation and still tried to enjoy the things they once did, like girls’ days out.

“I’ve dealt with many hospices in my career,” Theresa said. “I speak for my entire family when I say there is no hospice better than this one. It’s who they are as people. It’s that they make it okay to laugh and cry at the same time.”

John never thought he would witness his wife on hospice care; however, it was something he will never regret. “Your mind has to be open to the concept of hospice,” John says, “and I’m so glad we were.”

Hospice gave the Meridionale family time to reflect, share memories and grieve together. They also got to recognize Carol’s final wishes. “She got so much out of life,” Theresa recalls. “She wanted her funeral to be a party.” The family chose southern hymn songs for the funeral and clapped in rhythm as she left out of the front doors of the church.

“It was just the way she wanted it, and I was delighted to see hospice staff at the service,” John says. “They never gave up hope on us, even when they were well aware that her time was coming soon.”

Today, John faithfully attends monthly support groups offered by hospice and passes on his knowledge to the rest of the family.

“This hospice doesn’t stop caring,” he says. “They do a great job educating you, and if you want to talk, you can, but you don’t have to.”

However, John’s family is keen on grieving through conversation. “If dad is feeling lonely, he’ll call us all up and say, ‘I need to get together with all of you,’” Theresa said. “If I’m feeling bad, I know I can call anyone in my family.”

The Meridionales will be celebrating the first anniversary of Carol’s passing this year at Red Lobster, one of her favorite restaurants. There will be 17 family members in total, each coming with laughter and precious memories to tell.

“Hospice gave us what we needed to just be a family and start healing,” Theresa said. “Today, I find my mom in flowers and in things my daughter says. If I could only have the trust she had in God and those around her, I would be half the woman she was.” 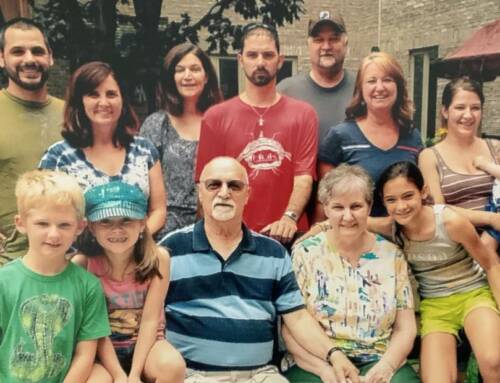 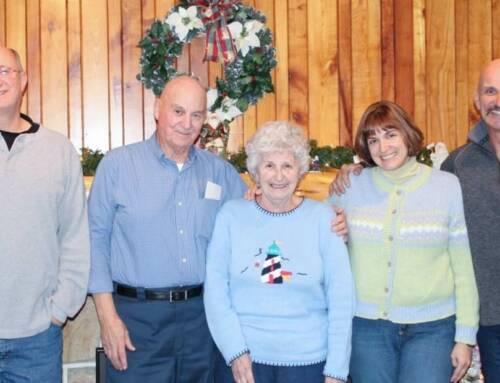 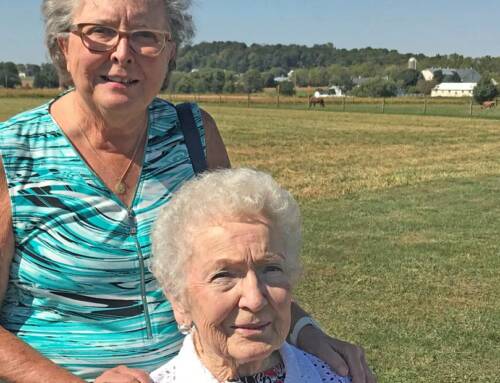 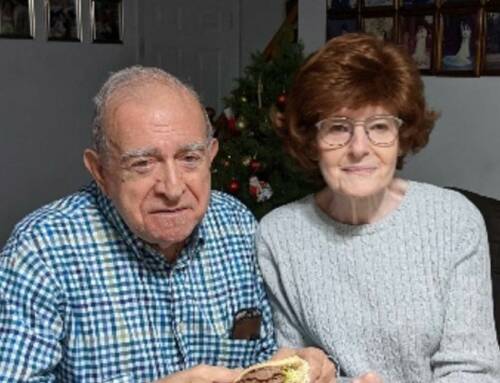 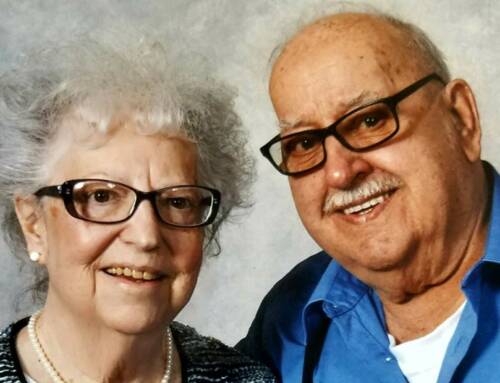